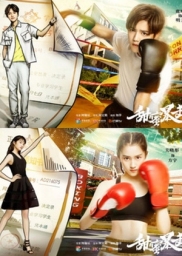 I did not know what to watch and went to Youtube to search for china dramas. I chanced upon this drama and decided to try out the drama. I feel that the plot is quite complete as there are quite a lot of up-and-downs and happenings and stories, which I think is good. However, these happenings in the drama make the plot not as sweet as the title of the drama and it brought me some misery at certain point of time, which is when Ming Tian and Fang Yu realised something which made them broke up. Also, I feel that the plot is considered slow pace for an impatient person like me but I did not know why I managed to finish watching this drama haha.

I like how this drama make me feel that all the character in the drama holds the same importance (no matter they are the lead characters or the supporting characters). It is also the first time I remember all the names of the character in the drama although I am not a name person. This may be because the writer of the drama gave each person quite a lot of screen time or may be because many of them get their other half (even if they may like someone else before that). I do not know the actual reason but when you watch it, you may possibly feel the same way as me. 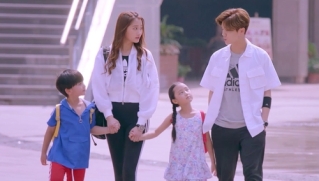 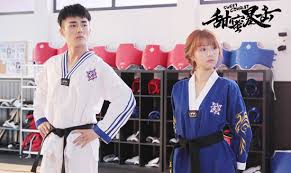 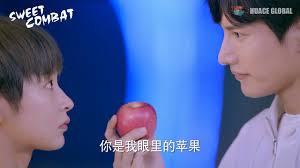 In this drama, I found two “BEST” people in dramas.

One of the best is the best brother, which is Fang Zhou. Although he is younger than Fang Yu, he seems to be Fang Yu’s older brother and he is a very caring and considerate. This can be seen through many incidents. One incident is when Fang Yu wanted to chase her dreams to be a boxer by going to Zhengze University, he persuaded their grandfather to let Fang Yu go by saying that he will go to the company and help out in exchange for Fang Yu’s dream. Fang Zhou always cares for Fang Yu and supports Fang Yu in her dreams. How I wish I have a brother like that… But I think my older sister is already the best sister so I will not need such a brother. I wonder whether my sister will read this but nevermind. Haha… sometimes I am a bit too shy to say the good things about people so I usually write it hehe.

Another “best” is the best principal. I feel that the principal of Zhengze is the best as he is someone who can bend the rules when he think that it is right to do it. I am not going to give you an example since I feel that I have revealed too much plot in the drama. When you watch the drama, you will know what I mean haha.

Talking about best principal, I suddenly remember the director of the school being such a promise-keeper. That time when Ming Tian was in coma, he prayed for Ming Tian and said that if Ming Tian wakes up, he will go and do volunteer work abroad. He is such a promise keeper and I really admire such a person.

By the way, the drama songs are quite nice so do go and hear them.

For the actual review of dramas and more chinese drama reviews, please click here. Hope you enjoyed the review!! Thank you.:) Do follow our blog and like our pages to get the latest treats from dramacream!!!:)